Pre-alloyed metal powder of fine particle size (<20microns) is mixed with thermoplastic binders to form a mixture of ingredients known as feedstock. The feedstock made into pellets and fed into the molding machine. The feedstock is heated to melt the binders and molded to the desired shape. The molded parts is known as green part. The binder is removed thermally by heating to around 400 degree celsius from the green part by a de-binding process. The de-bound part is called brown part and is brittle and porous. The brown part is heated to more than 1200 degree celsius in the final sintering process to fuse the metal particles into a dense solid with the elimination of pores. The sintered density is similar to a casting at about 98% of theoretical density. 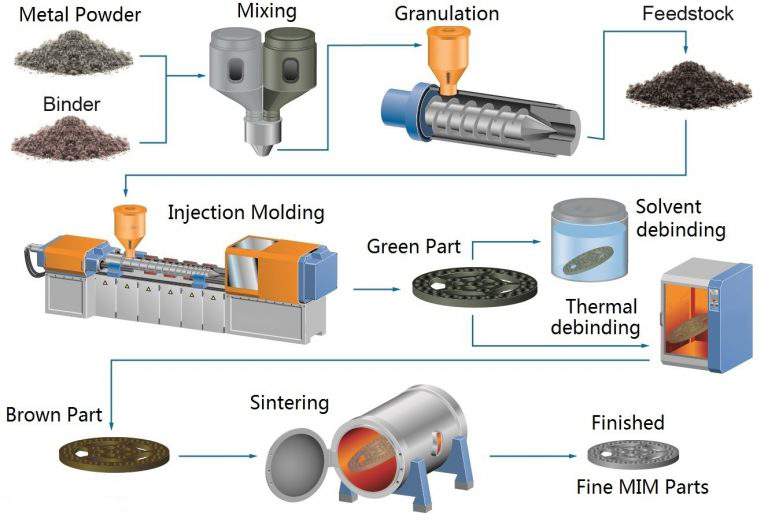 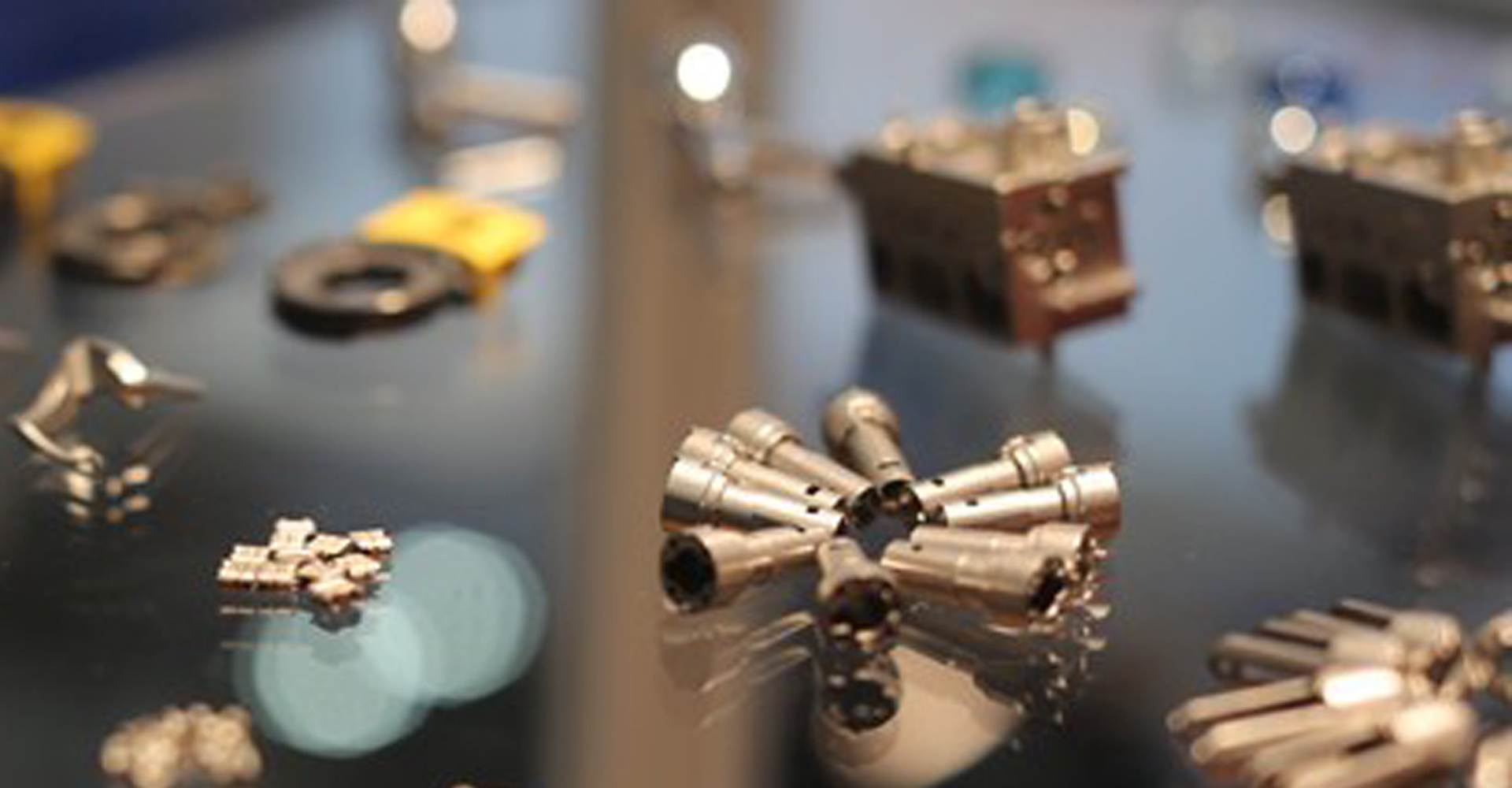 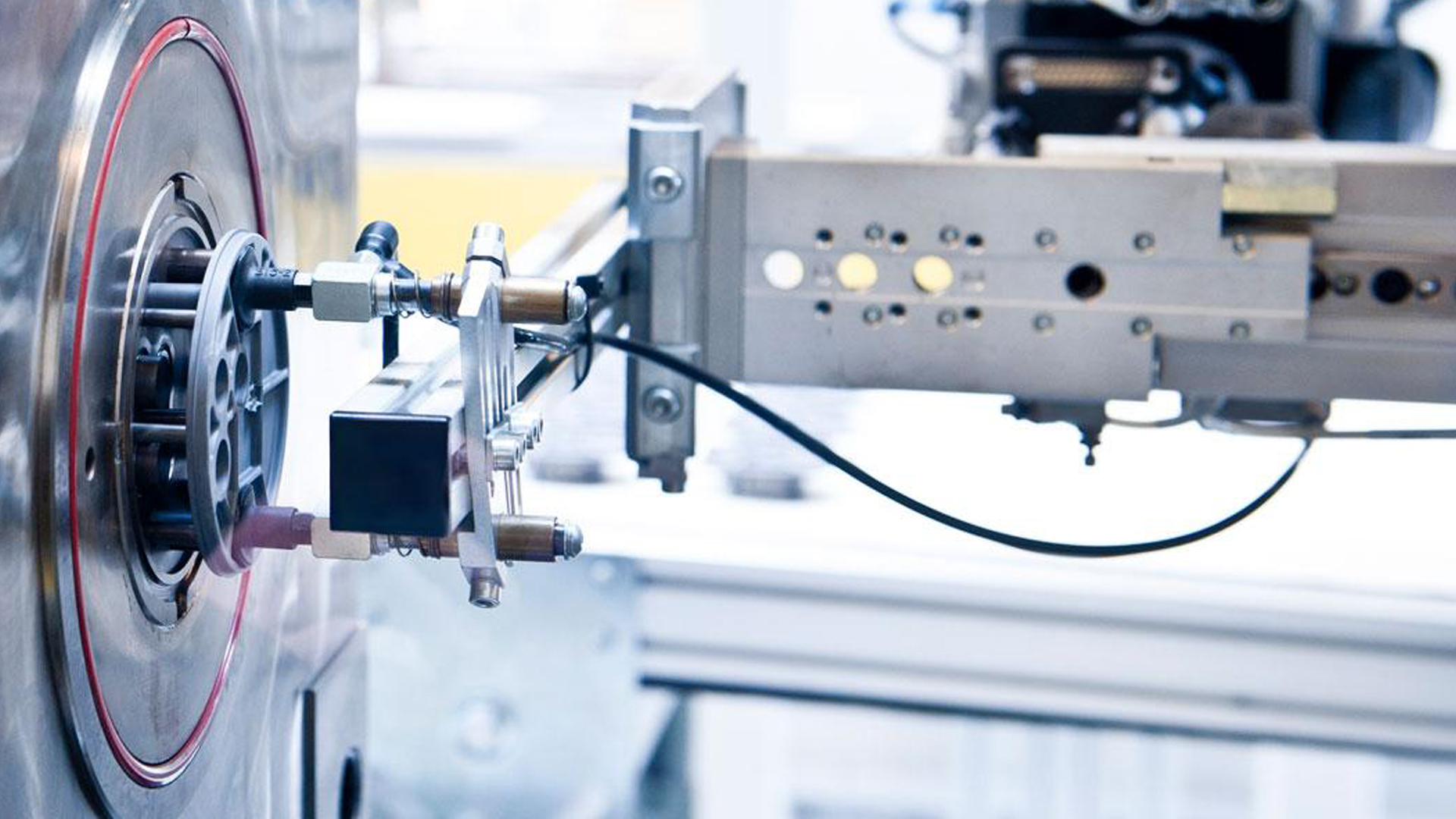 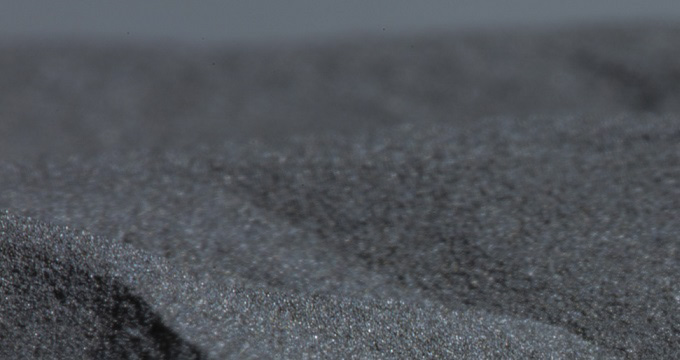